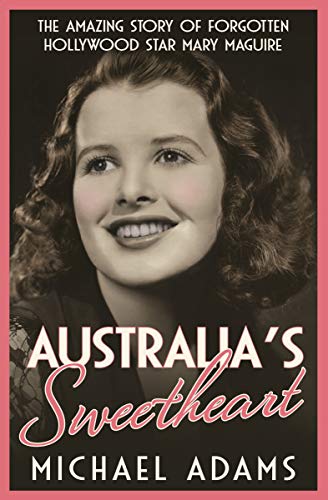 This is the fascinating story of Mary Maguire, a 1930s Australian ingenue who sailed for Hollywood and a fabulous life, only to have her career cut short by scandal and tragedy. Packed with celebrity, history and gossip, AUSTRALIA’S SWEETHEART is perfect for readers of SHEILA and THE RIVIERA SET.

AUSTRALIA’S SWEETHEART in an irresistible never-before-told story that captures the glamour of Hollywood and the turbulent times of the twentieth century, with a young woman at its centre. If you loved THE AMAZING MRS LIVESEY, Robert Wainwright’s SHEILA and MISS MURIEL MATTERS, you will adore AUSTRALIA’S SWEETHEART.