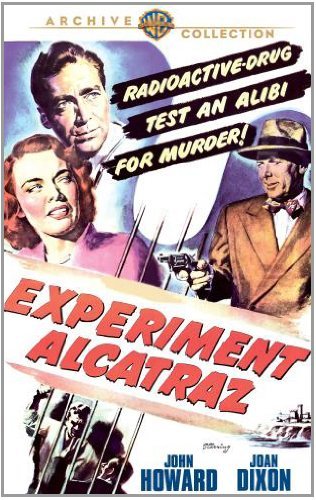 Five Alcatraz inmates have found a way to escape the Rock: earn their freedom by becoming human guinea pigs in a risky radiation experiment aimed at treating blood diseases. The experiment is soon scuttled after one of the subjects goes berserk, killing another inmate. But did the tests really lead to murder? Dr. Ross Williams (John Howard of the Bulldog Drummond films) investigates, finds another possible cause…and finds his life in deadly peril as a result. Busy poverty row filmmaker Edward L. Cahn (Our Gang shorts, Invasion of the Saucer Men) ties a shoestring budget into a B-movie bow that bundles together elements of mystery, sci-fi, medical-drama and prison pictures. Fans of brisk Bs won’t want to let this one get away.This product is manufactured on demand using DVD-R recordable media. Amazon.com’s standard return policy will apply.