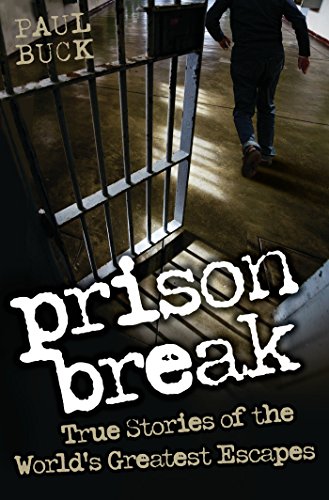 In the folklore of World War II, the memory of those heroes who staged ‘Great Escapes’ from POW camps still endures. But what of the other side of the coin: the villains and jack-the-lads who painstakingly plan their escapes and await their moment at great personal risk? For the first time, Prison Break, tells the stories of all the most ruthless and desperate bad boys and chancers who broke out of gaol and into the annals of criminal history. While no one applauds the escape of a murderer or predator, such men are invariably recaptured within a short time. But in Paul Buck’s definitive study of Notorious Prison Escapes, we share the military-style planning and minute-by-minute tension of more ‘respected’ convicts: those whose major economic or political crimes provide both the criminal support network and the audacious temperament needed to escape from heavy sentences, and maximum security conditions