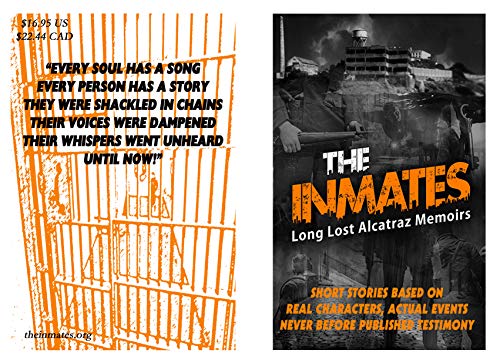 What really took place in Alcatraz prison during the 1940’s? Was the «Battle for Alcatraz» an escape attempt or an uprising? The truth is in this book. The first-hand accounts of the inmate’s stories in this book have never before been told. These are voices from the grave, finally being heard after seventy years.
Every soul has a song. Every person has a story. They were shackled to chains, and their voices dampened. Their whispers went unheard; Until now.
Ever wonder what happens to an inmate’s possessions when they don’t have any family? Well, sometimes, they end up in your very own hands. Handwritten memoirs were left to the author by an uncle whom he had barely known. It turned out the uncle had an associate who had spent time in Alcatraz during the 1940s. He did not realize the importance of the papers in his possession. One could easily compare them to the “Valachie Papers.” You will be amazed and entertained as never before. On ‘July 20th’ The book itself, along with the Kindle and Audio book editions will be available for purchase.