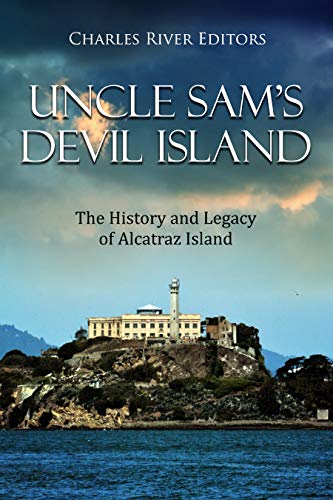 Alcatraz Island has been home to a lighthouse, a military fort, a national park, and gatherings of Native American protesters, but say the name Alcatraz to any American and they will immediately associate it with prison. This is somewhat ironic since the island, just a mile and a half away from San Francisco in the Bay, was a federal prison for only three decades, but in that time, “The Rock” became notorious for being the most secure prison in the nation. In that time, 3 dozen prisoners tried to escape, which led to the “Battle of Alcatraz” and some of the most complex plots ever made to bust out, but nobody ever successfully escaped The Rock, and several died trying. As one commenter poignantly put it, “You break the rules, you go to prison. You break the prison rules, you go to Alcatraz Prison.” Another writer echoed this sentiment, calling Alcatraz «the great garbage can of San Francisco Bay, into which every federal prison dumped its most rotten apples.»

In a sense, it was fitting that Alcatraz became the most famous prison in American history, because hundreds of years before the penitentiary was located there, it was being used by Native Americans to banish members. Thanks to the strong currents near it and the cold, inhospitable terrain of the small island, Native Americans only used it sparingly, and unruly members were often sent there as punishment.

While local Native Americans referred to it as “Evil Island,” the island got its most famous name from Spanish explorer Juan Manuel de Ayala, who mapped the Bay in 1775 and named the island “La Isla de los Alcatraces» («The Island of the Pelicans”). Although pelicans no longer call the island home, a French explorer in the early 19th century confirmed that the island was “covered with a countless number of these birds. A gun fired over the feathered legions caused them to fly up in a great cloud and with a noise like a hurricane.»

Like the Native Americans, the Spanish barely used the island, but given its location, the island would eventually have military value. The federal government eventually established a fort on the island, and it was soon used to hold Confederate prisoners during the Civil War. During the war, one Union supporter gloated over the news that one Confederate sympathizer “will be transported to the healthful but breezy atmosphere of Alcatraz Island, where he can ruminate ad nauseum and chew the bitter end of treason.”

For all of these reasons, Alcatraz has a unique legacy and it remains a fixture of American pop culture. Indeed, it remains one of San Francisco’s most popular tourist destinations. As a former captain of the guards, Philip Bergen, put it, “The public never wanted to know that real Alcatraz. Even today after the prison has been closed for so many decades, the public just won’t let go of the myths.”

Uncle Sam’s Devil Island: The History and Legacy of Alcatraz Island chronicles the history of the island before, during, and after it became America’s most notorious prison. Along with pictures of important people, places, and events, you will learn about the Rock like never before.